Review: Orwell among the anarchists | anarchistnews.org 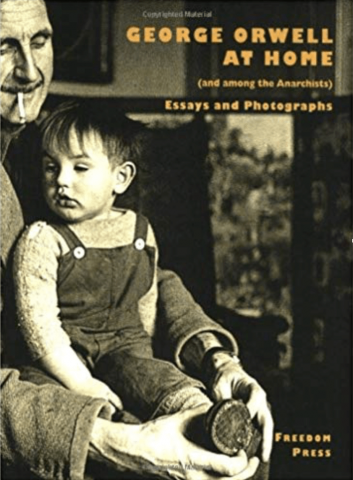 via Freedom News // Vernon, Richards George Orwell at Home (and Among the Anarchists): Essays and Photographs, (1998) London: Freedom Press. Photographs by Vernon Richards. Essays by Vernon Richards, Colin Ward, and Nicholas Walter.Review by Raymond S. SolomonThere are few people who had the knowledge and understanding of George Orwell as did the three contributors to George Orwell at Home (and Among the Anarchists) Photographs and Essays; Vernon Richards, Colin Ward, and Nicholas Walter. Their understanding was both personal and academic, and their writings show it. Also, Vernon Richards’ and his wife Marie Louise Berneri’s photographs of Orwell, and his adopted son Richard, are of great historical interest. These photographs show Orwell in the role of a very loving father. The book is filled with very good and extensive quotations from Orwell. The quotes come from, among other sources, The Road to Wigan Pier, Homage to Catalonia, “Such Such Were the Joys,” Tribune articles, and Nineteen Eighty-Four. In George Orwell at Home, Orwell’s voice is heard very clearly.