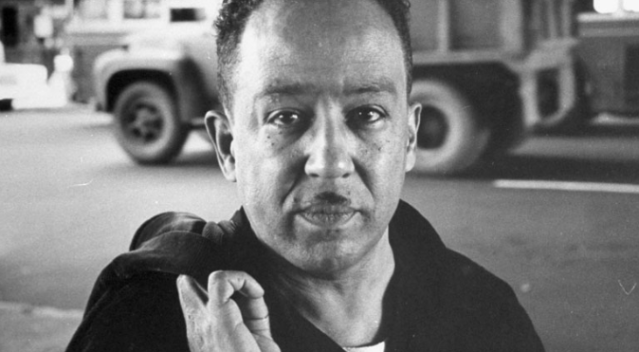 Celebrating Langston Hughes — Black, Red And Gay | HuffPost – Born on February 1st, 1902, Hughes grew up in Kansas, Illinois, and Ohio and began writing poetry in high school. Upon graduating in 1920, he attended Columbia University for a year and absorbed the dynamic cultural scene of the Harlem Renaissance, the literary and intellectual flowering that fostered a new black identity (the “new Negro”) in the 1920s and 1930s.

Hughes was a regular contributor to the two leading black-run magazines of the period ― Charles S. Johnson’s Opportunity and W. E. B. Du Bois’s The Crisis — through which he met the major artists, musicians, and political activists of the Harlem scene. In 1921, his poem “The Negro Speaks of Rivers” was published in the Crisis.

In 1924 Hughes was working as a busboy in a Washington, DC, hotel when the famous poet Vachel Lindsay entered the dining room. Hughes slipped several sheets of paper next to Lindsay’s plate. Although annoyed by the intrusion, Lindsay nevertheless read Hughes’s poem “The Weary Blues.” He called for Hughes and asked him, “Who wrote this?”

“I did,” replied Hughes.