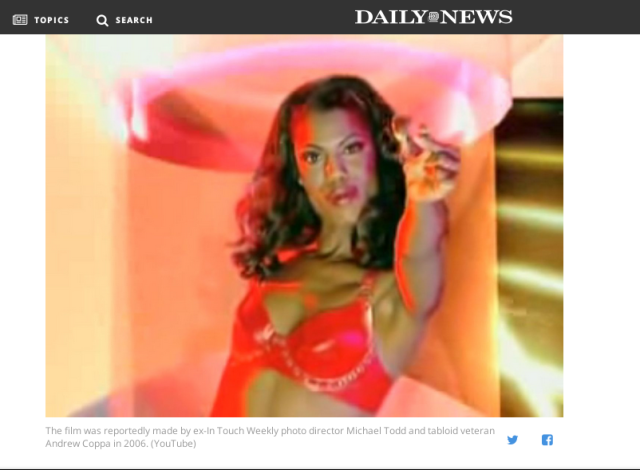 –
Megan Cerullo // SEE IT: Omarosa starred in bizarre film about stealing Trump’s hair  – NY Daily News – The ridiculous film had been viewed more than 7,000 times as of Saturday evening.

Former In Touch Weekly photo director Michael Todd and tabloid veteran Andrew Coppa reportedly made the film in 2006 — two years after Omarosa appeared on “The Apprentice.”
—
Former White House Aide Omarosa Found in a Psychedelic Seapunk-Styled Space Mission to Get Donald Trump’s Hair  – This 2006 video, submitted to Page Six, emerged from the crazed/artistic/you decide brains of tabloid editors Michael Todd, former In Touch Weekly photo director, Matt Coppa, deputy editor at Star, and his brother Andrew Coppa. Stripped of intentionally low-fi graphics, it’s a tale about an elderly space woman who brainwashes Omarosa in her plot to steal a lock of Donald Trump’s hair in order to conquer the universe. Omarosa does, and that’s it. It’s a Trump-era Der Ring des Nibelungen except with way less story and way more Omarosa.